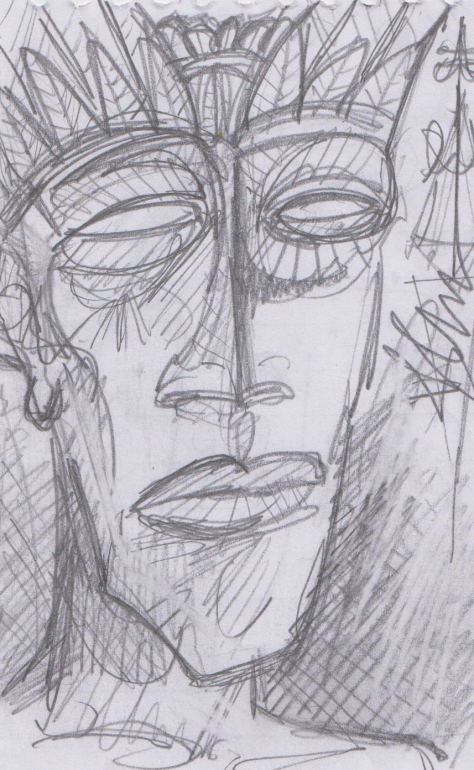 Spacebuddhaa.com has been a bit silent as of late. This hasn’t been for want of activity. We have recently relocated and are at work on a new Tarot along Angelic-Spiritist lines. This is much more than an idea around which we are crafting our current cards. The theme of Angels is, of course, a popular one and has appeal to the “mass market” of “Lite Spirituality.” Often, we find depictions of Angelic Being in soft human guise, gently robed and winged, wearing halos to illumine a sweet smile. Such images may, indeed, serve to express the presence of certain messengers. However, there are MANY ways in which Angelic Beings take form. These range from the phantasmagoric to the abstract. In fact, abstraction is often the best manner in which to give expression to the energies and intelligence emerging from a homeland beyond 3-Dimensional Spacetime.

Angelic Beings are, traditionally, Messengers of God. We might see them as “Rays of God,” specialized extensions of the Divine Mind interfacing with human experience. With this in mind, the SpaceBuddhaa Angelic Tarot is not so much focused on an artistic rendition of well-known Angelic “personalities” (Gabriel, Rafael and so on ) as it is on Angelic Presence as a FUNCTIONING of the Divine Will. This deck will not only serve as an oracular means to identify energy patterns at work in one’s environment but will be a means to build up Angelic Forms at the Crossroads between realms. Techniques for this approach will be detailed in the book accompanying the deck. 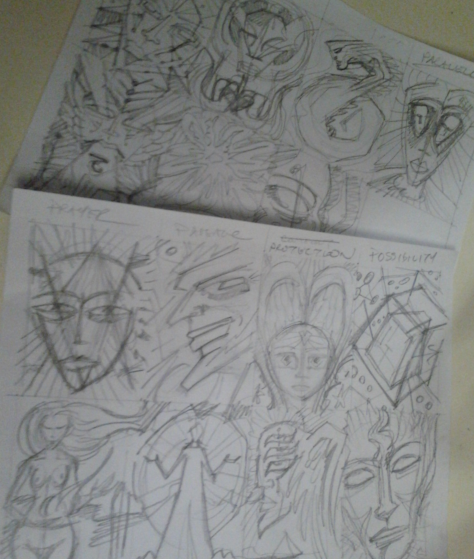 We are also working on several other magical items intended for use with the deck including a Quartz Yesodian Contact Altar. This is a device whereby the cards may be incorporated into vigils and acts of service on behalf of others.

We have received a lot of wonderful feedback around the previous Spacebuddhaa Tarots. Creating and producing these has been an ongoing learning experience and it has been especially encouraging to have heard from recipients of the Bardo Bear Tarot who found in its playful and innocent nature a means to access a joyful and healing creativity. Some of this response came from longtime students of “darker” esoteric paths.

The Spacebuddhaa Angelic Tarot is neither “Dark” nor “Light” but endeavors to express the first verse of the Spacebuddhaa Sutra which declares that “Love is Powered by the Infinite.” Between Void & Form there is a mystical matrix wherein the Angelic Powers operate. Some will know these powers, perhaps, by other names. We chose to embrace the word “Angelic” after many recent and personal events transpired with a deep focus on this particular form.

Like a prism, the rays of Light flow outward and return to their singular Source. 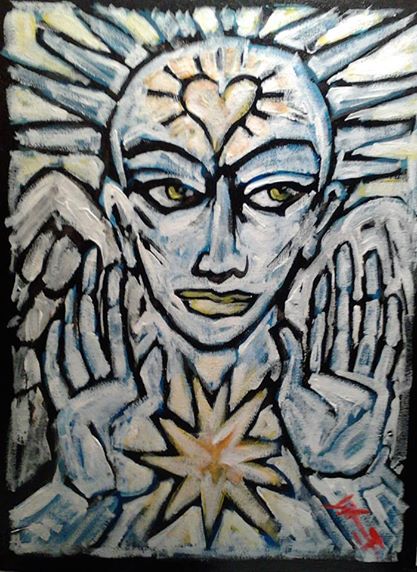